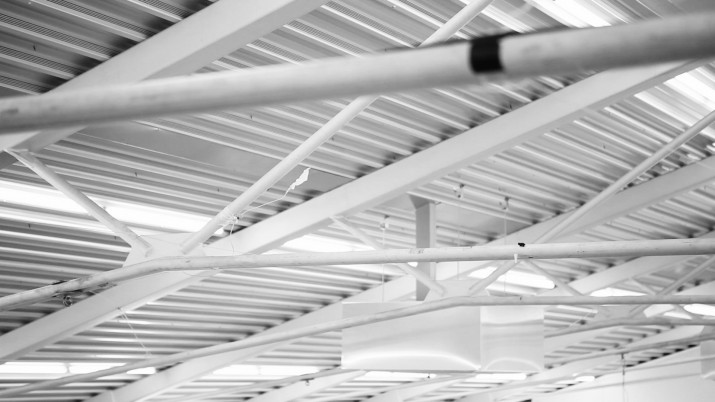 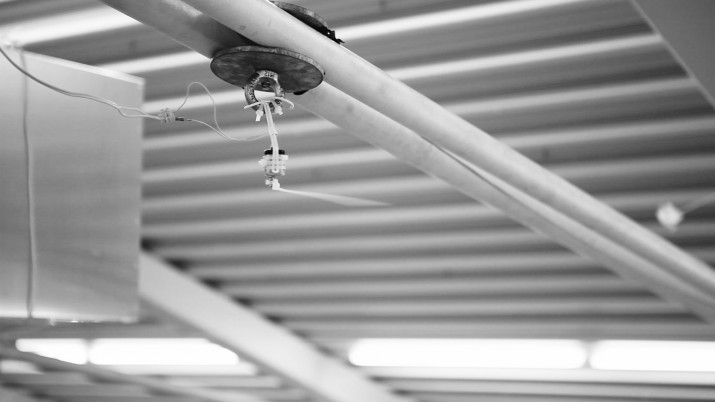 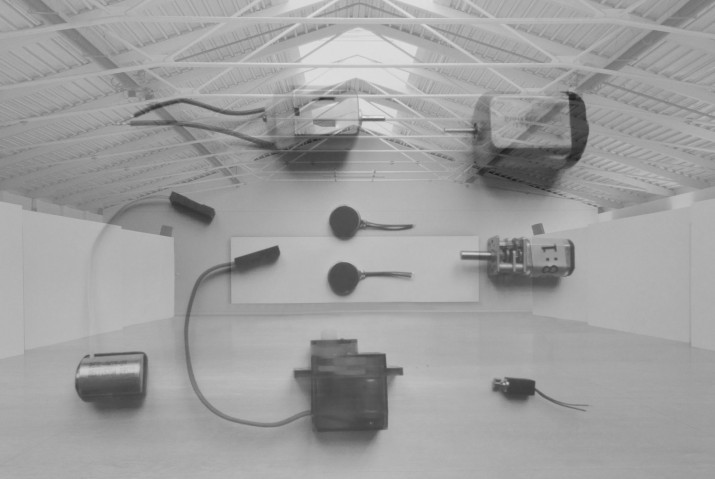 „Microscosmos“ is an acoustic sound installation which is made especially for this space during the Literature Festival in Chiasso. Small engines and vibrators are fixed directly on the existing “tree-like” roof construction. They interact directly with the structures and textures of the materials. Different kinds of sounds were created and are coming from every direction in the space. Various combinations coming up and the position in the spacechanges also the whole room scenario.

The system is based on a grid: all wires are linked and this allows a control of the play but also gives the opportunity to program chance selections to bring co-incidence in it. The programming through a computer gives the opportunity to leave the control to the installation itself.  The designer Florian Hauswirth and the architect Katia Ritz RITZWIRTH react with their installation work with the environment and its context. Often they take existing room and sound situations and turn them with simple but precise interventions into a surprising experience. In 2008 they were invited to realize an installation during “Les urbanines” in Lausanne, in 2010 at Art Award in Architecture, in2010 an Installation in New York, in 2012 an Installation at “Lokal int” Biel/Bienne, in 2014 at Art Triennale in Bex&Artsand in 2016 a Travel Scholarship from the Canton Berne with www.tabularasia.ch